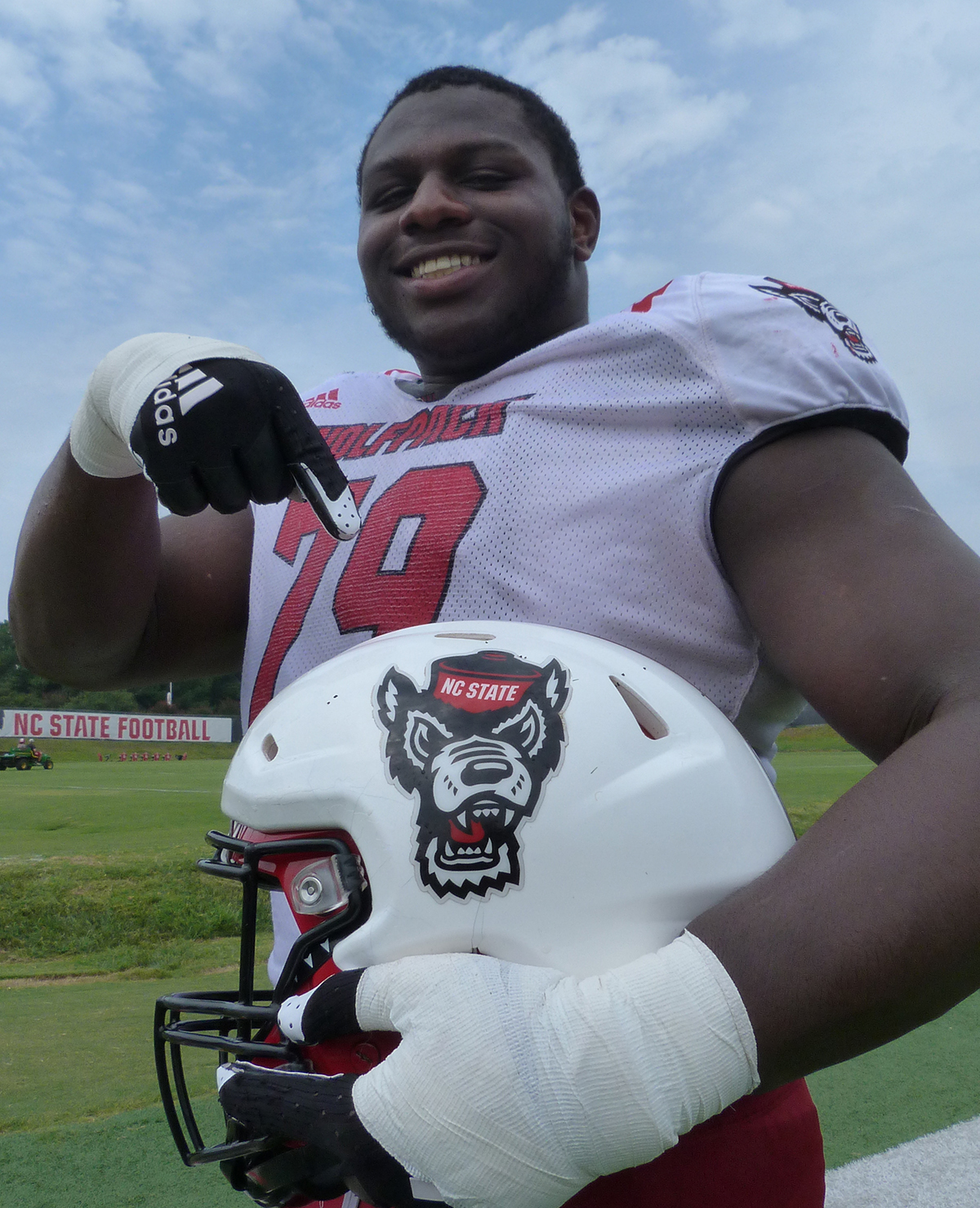 Chester Springs, PA, September 13, 2021 – SAFR Sports, a safety innovation company, is proud to announce a sponsorship agreement with North Carolina State’s junior offensive tackle Ikem Ekwonu. The agreement with Ekwonu, known to his fans as “Big Ickey”, includes digital and social promotion of SAFR’s ProTech helmet shell, which fits over existing helmets and is proven to reduce force impact by as much as 72%. N.C. State’s football team has been wearing the SAFR’s ProTech since 2018.

“I’m glad to sponsor SAFR,” said Ekwonu. “I wouldn’t think of practicing without my ProTech — for the last three years, I’ve been able to walk off the field without even a headache.” Ekwonu, called ‘the most feared lineman in the ACC’ by The Athletic, is projected to be an early round pick in next year’s NFL draft. He is also an All-ACC Academic performer and was named to the Dean’s List.

“We are thrilled to partner with Big Ickey — he’s an outstanding player who isn’t just protecting his quarterback — he’s protecting his brain with our product. And as a college football lineman, he is the perfect spokesperson for our mission to make football and all contact sports safer,” according to SAFR’s co-founder John Zeglinski.

SAFR Sports is staffed by former football players and professionals, all who share the singular mission of making football and all contact sports safer through science. ProTechs are worn by nearly 300 college teams, high schools, and youth football leagues. Furthermore, SAFR is committed to improving the ProTech technology, and has begun a partnership with EyeGuide, Inc. to perform on-field ocular motor function testing with high school football teams in Philadelphia. This joint venture will measure force impact on the field and in real-time. SAFR will also continue investing in research focused on protecting youth and adolescent players.

Other important advantages of the ProTech include being approved for game-play by the National Federation of High Schools.  In addition, the ProTech is custom-manufactured to model and size, and will match the color and finish of existing helmets. For a complete description of the ProTech and SAFR Sports, please visit safrsports.com.