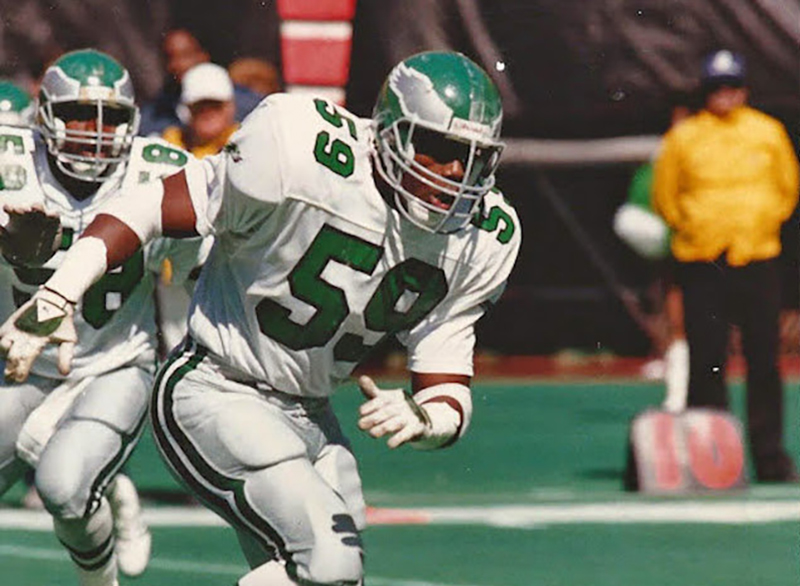 Bradley is a Philly native who cut his teeth on the football field of Germantown High. An All-American linebacker, he was two time All-ACC, and a Strength Team All-American at Wake Forest.

Carlos was drafted by the San Diego Chargers in 1981. He played for the Chargers for five years before he returned home for an encore with the Eagles.

Always appreciative of the opportunities that football offered him, he said, “most people don’t get to do what they thought about doing since they were kids, let alone do it, and make a living at it.”

Playing at the highest levels of football, Carlos became acutely aware of the risks of injury, particularly those related to concussions.

His desire to make the sport safer for student athletes convinced him to partner with SAFR Sports as a Hero for the Mastery Charter Schools in Philadelphia. The SAFR Hero program is a special partnership that provides “heroes” the opportunity to supply SAFR ProTech force-reducing helmet covers to deserving sports programs.

Carlos has dedicated himself to helping student athletes by preparing them for college and life after college as an Executive Vice President of the International Student Athlete Academy.

The organization has helped thousands of student athletes get into college. He said, “our goal is to help students develop their athletic prowess but also become well-rounded people. We focus on both athletics and academics.”

Learn more about being a SAFR Hero.