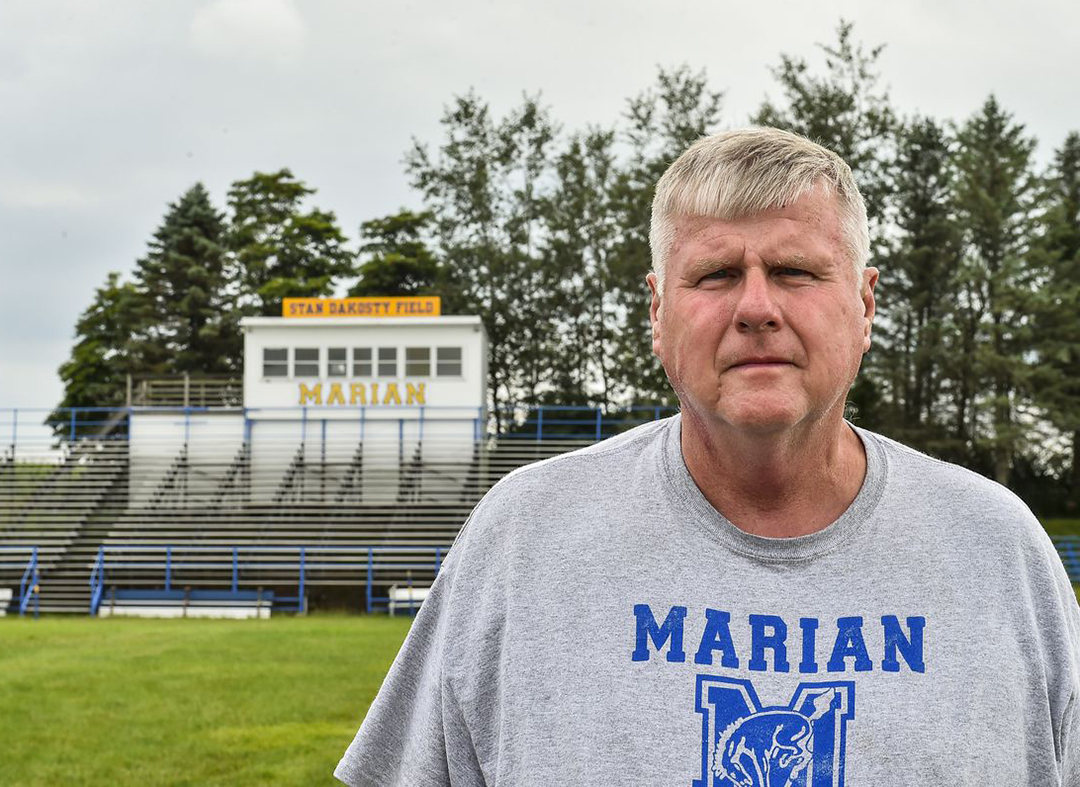 A football coach at Marian Catholic High School for 40 years, Dakosty has seen the game evolve saying, “it’s very different than it was 20 years ago. Players are stronger. The game is faster and there are more collisions. But there is also greater awareness of the risks by coaches and athletic directors.”

Coach Dakosty recognized the need to protect his players and after seeing a SAFR Sports presentation at an athletic directors meeting, he became an early adopter of Protech helmet covers.

He believes in the research and testing that demonstrates the protective capabilities of the ProTech, saying “it’s a product that I’ve seen work in our program, and I’ve talked to many other coaches who feel the same way.”

Dakosty believes that the changes made to football such as, limited contact, emphasis on fundamentals of blocking and tackling — among others — along with better equipment, like the ProTech, are the keys to protecting players and giving parents peace of mind.

“It’s a product that’s going to make parents feel more comfortable about their kids playing what I believe is the greatest game anyone can play.”

An advocate for youth athletics and football in particular, Coach Dakosty said, “I’ve seen the great things that football can do for an individual and a community.”

He wants to ensure that youth and high school contact sports continue to grow on a safer playing field.

Stan Dakosty is Head Coach, Athletic Director, and a History teacher at Marian Catholic High School in Tamaqua, PA. He compiled over 300 wins in his 40-year coaching career, and was named to the Pennsylvania State Coaches Hall of Fame.