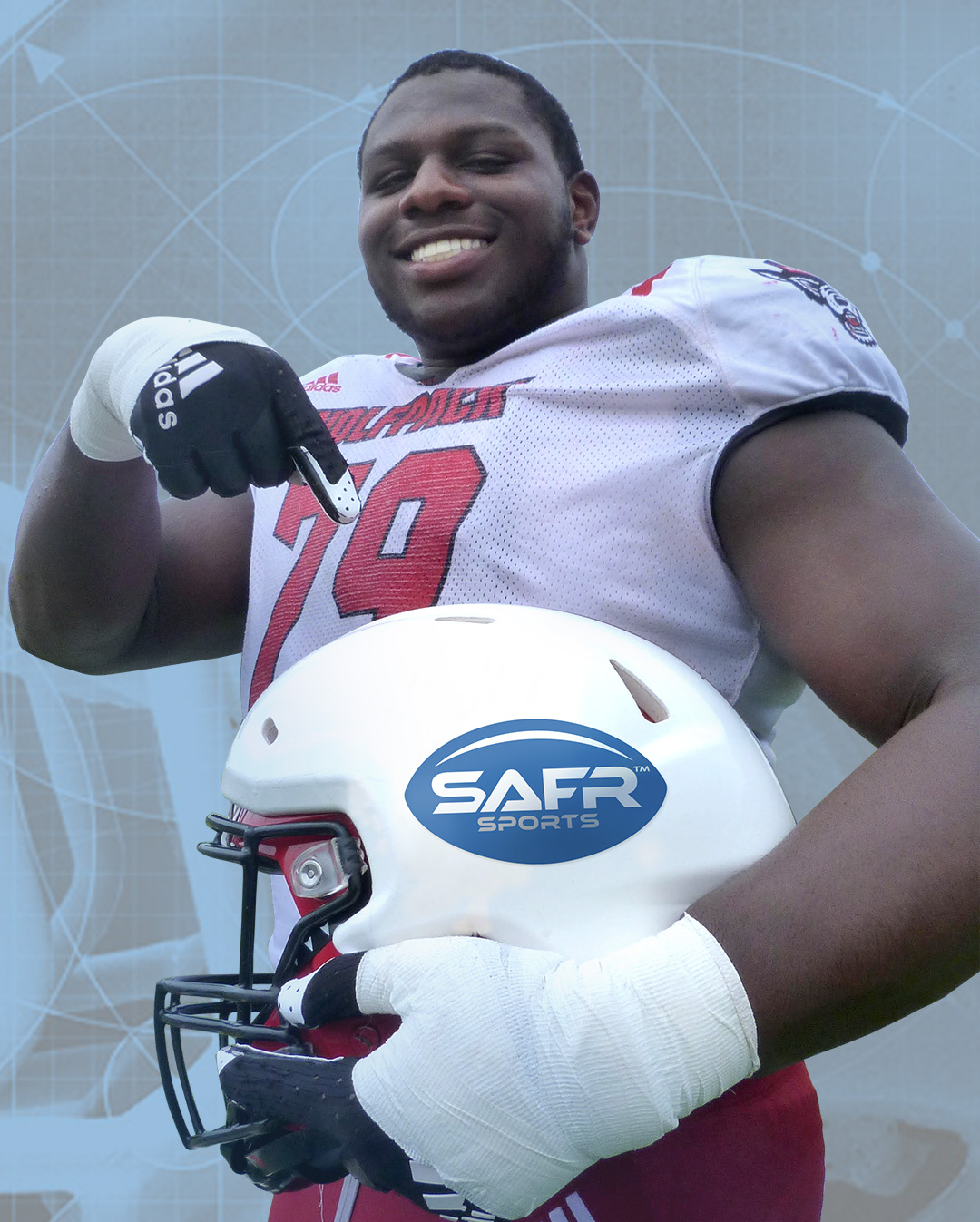 Chester Springs, PA, May 24, 2022 – SAFR Sports is proud to announce our partnership extension with Ikem Ekwonu, this year’s sixth overall pick in the NFL draft, selected by his hometown team the Carolina Panthers.

Ekwonu wore the SAFR ProTech helmet cover throughout his college career at North Carolina State University, and began an NIL partnership with SAFR Sports last fall. The partnership between Ekwonu and SAFR will serve as Ekwonu’s first professional endorsement agreement.

“Ikem perfectly embodies the mission of SAFR Sports,” said SAFR CEO John Zeglinski.  “Beyond playing a vulnerable position, Ikem was regularly on the Dean’s List during his time at NC State, and he recognizes the importance of protecting his brain health. From the beginning of our relationship, we knew he aligned with our desire to make contact sports safer.”

“I’m proud to rep SAFR Sports, because I have first-hand experience with their product,” said Ekwonu.  “In my three years at NC State, I never walked off the practice field with even a headache.”

In fact, on-field tests from a 3-year study at a major Pennsylvania university showed that wearing the SAFR ProTech reduced force impact by as much as 72%, results that have been published in medical journals, including the Journal of Concussion.

According to Justin Smith, NC State’s Head Football Athletic Trainer, “Our team has been wearing the SAFR ProTech for the last four years, because we believe in creating the safest environment possible for our student athletes. The ProTech allows our players to practice with the security that their brains are better protected. Going with the SAFR ProTech really was a no-brainer decision for us.”

Ekwonu believes in wearing a ProTech so much that he is providing them to the football team at his former high school, Providence Day School in Charlotte, NC. Chargers’ Head Coach Chad Grier is thrilled with Ekwonu’s generosity, saying “Ikem and the entire Ekwonu family value education, and his gift will truly help make our student athletes safer on the field. We are so proud to call Ikem one of our own.”

SAFR Sports is staffed by former football players and professionals, all who share the singular mission of making football and all contact sports safer through science. SAFR’s ProTech helmet cover, worn by nearly 300 college teams, high schools, and youth football leagues, has been proven to reduce impact accelerations that reduce the adverse effects of repeated sub-concussive blows. Other important advantages of the ProTech include being permitted for game-play by the National Federation of High Schools. In addition, the ProTech is custom-manufactured to model and size, and will match the color and finish of existing helmets.